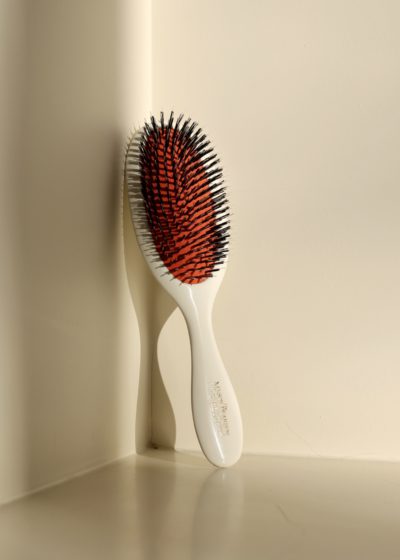 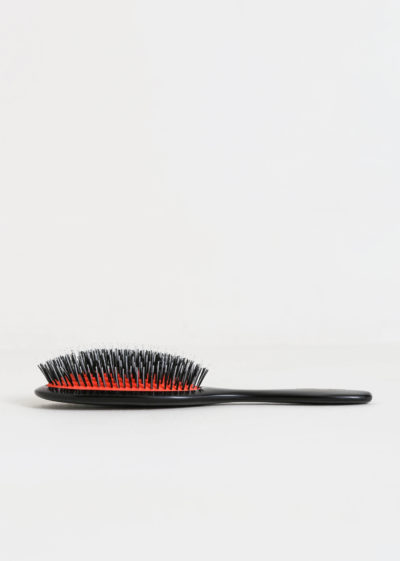 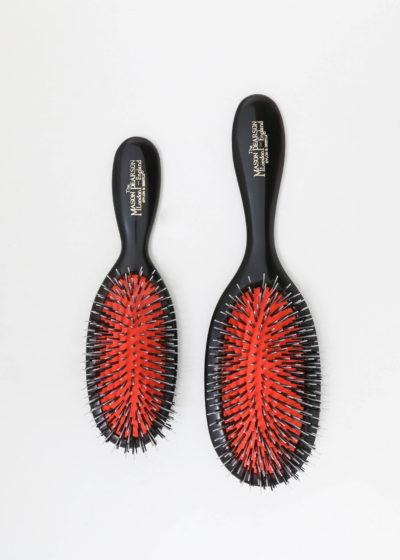 This handy sized hairbrush is made of bristle and nylon and is recommended for normal to thick or long hair.

Genetics determine the texture of your hair, its natural elasticity and growth rate. All its other qualities depend largely on how and how often you use a good hairbrush. Mason Pearson brushes are made to order to ensure the highest quality and craftsmanship. They use the same techniques pioneered and patented by founder Mason Pearson, over one hundred years ago.