At the edge of a forest in Naarden there’s an old white house which looks like an ordinary shed. But if you look closer it’s a bright, spacious gallery full of refined designs inspired by craftsmanship. You’ve come to WDSTCK which aims for a more sincere and more artistic world where art is integrated into everyday life and where consumers are more connected to the designers.

Every WDSTCK object travels trough boutiques, conceptstores and galleries until it finds its future owner. The label offers a range of multidisciplinary objects with an outspoken aesthetic, that each tell a personal story to create meaning and lasting value.
WDSTCK refers to the festival from the 60’s. Initiators Jesse Sanderson (designer) & Wim Verzantvoort (architect) are out to give a face and voice to a similar counterculture in art and design. A response to the commercialization of the design world.

They asked themselves what the definition is of a designer and what can be understood by an artist in a creative world that is being run by commercialization. With their curious design objects, Jesse and Wim try to bring the feeling we have in a museum to our living rooms. They aim to make consumers more conscious of the artistic potential in every day life and aim to still the hunger for authenticity and artistic value by stimulating fellow artists to take their work one step further.

The ‘Standing Exhale’ lamp by Catie Newell skillfully encases a single blow of glass within a rigid metal structure. The metal form restricts the glass by pinching, hooking and spiking into the volume during the blowing process, capturing a tense play between the constricting and billowing materials. The entire fixture catches one breath. Catie Newell seeks to make the familiar unfamiliar, and the material process of fabrication is a vital act in her work. Her installations have unpredictable effects on their surroundings, intervening to highlight what is often left unseen. Exhale, undertaken in partnership with Wes McGee and glass-blower Brian Barber, creates deep physical resonance between strength, fragility, and the fleeting breath that brings them together. 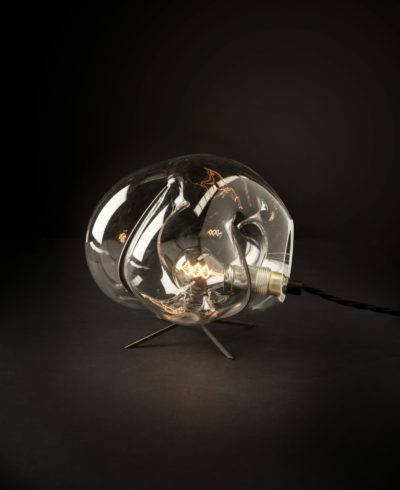 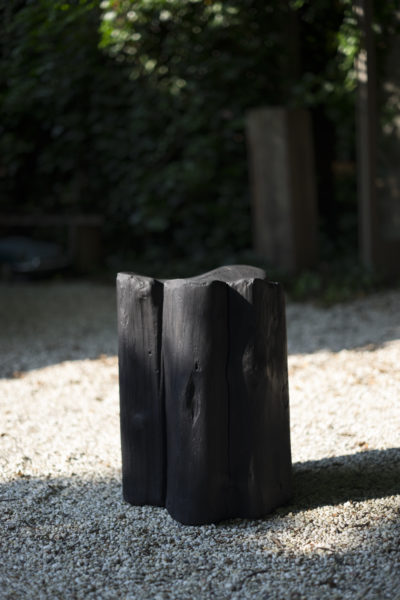